Rethink Workflow aims to solve the complex business process modeling problem with the simplest solution possible. Unlike other workflow software in the market, we want to present the whole business process, including states and transitions, to the end-users at a glance by utilizing State Diagram.

The entire process of Branding Design Request can be presented in the following figure: 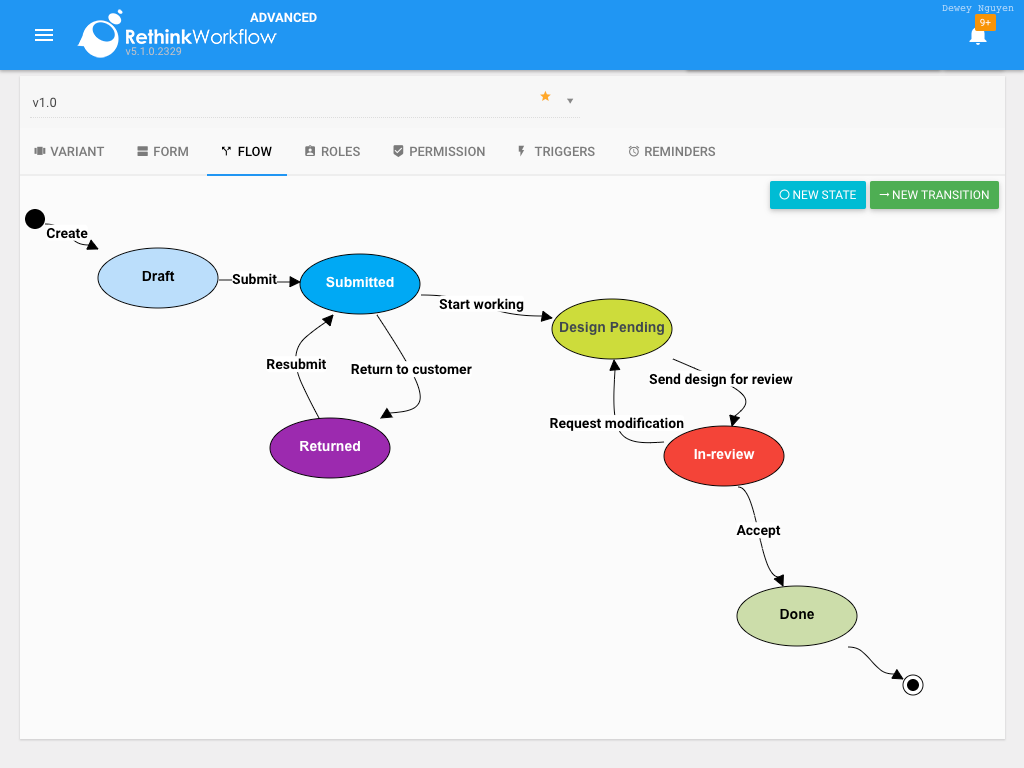 While designing the workflow, use FLOW tab to design the process.

To add a new state, click on NEW STATE button as in the following video:

To edit an existing state, simply double click on the corresponding ellipse.

To add a new transition, click on "NEW TRANSITION" button


To edit an existing transition, double click on the transition and change the properties in the panel below.

While entering the name of the transition, you can also use placeholders to make it more user-friendly. For example, you can name a transition as "Return to {{owner.name}}" and the button representing the transition will show "Return to Jackson Miller" during run-time.

States and Transitions during run-time

During run-time, e.g. the time the end-user is interacting with your workflow, the current state of the document usually displayed as a rounded rectangle as in the below figure: 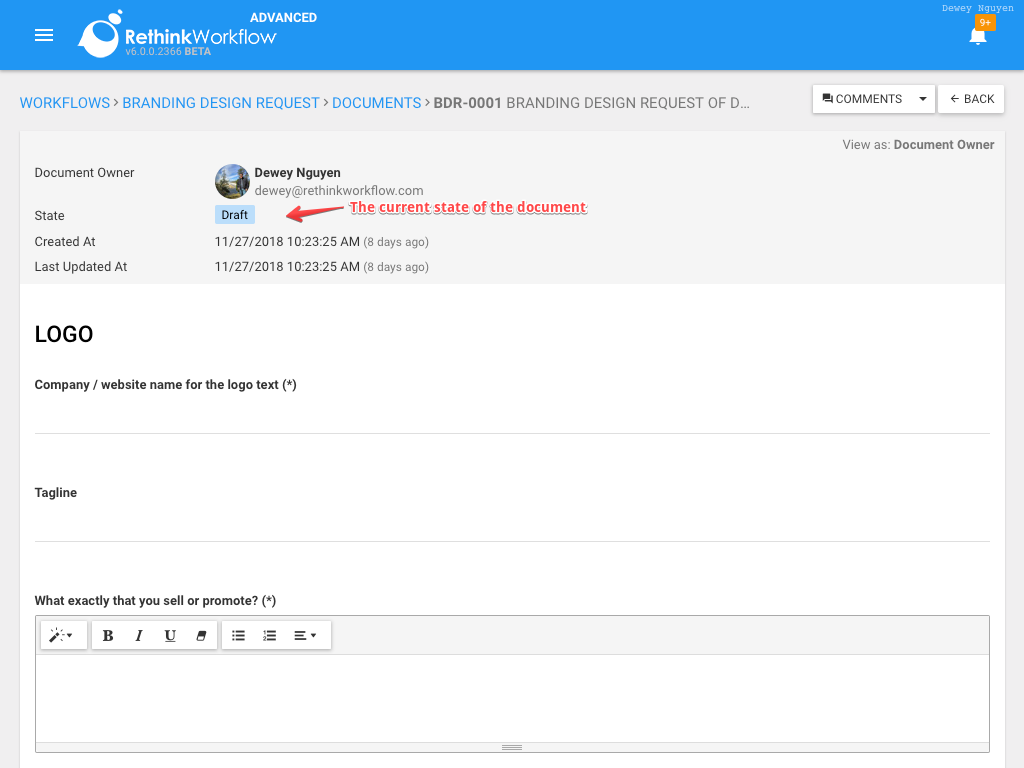 The transitions are displayed as buttons at the bottom section: 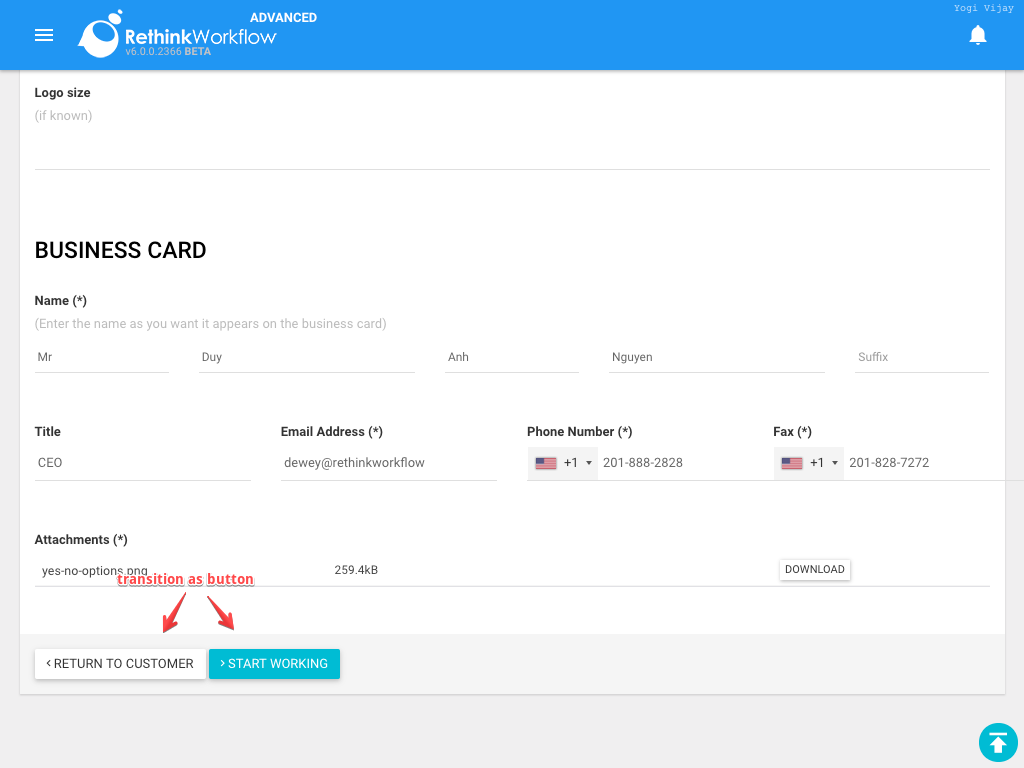