A role defines permissions for one or more users to perform an action on a document. Rethink Workflow provides a quick and easy way to configure roles for your workflows.

To manage roles for a workflow, switch to ROLES tab on the Design screen:

By default, each workflow comes with two pre-defined roles: Document Owner and Initiators.


Document Owner role can also be assigned to a user other than the creator of the document. For instance, in Event Registration workflow, we could use the email address entered to be Document Owner.

Initiators role is a special role that determines the list of internal users who can create documents out of a workflow. By default, anyone belongs to your organization can create a new document from any workflow, but you can limit this access to a certain set of users only.

For example, in a workflow that allows only users having "Manager" title to nominate their subordinates for Employee of the Month, the workflow designer can configure Initiators as in below screenshot: 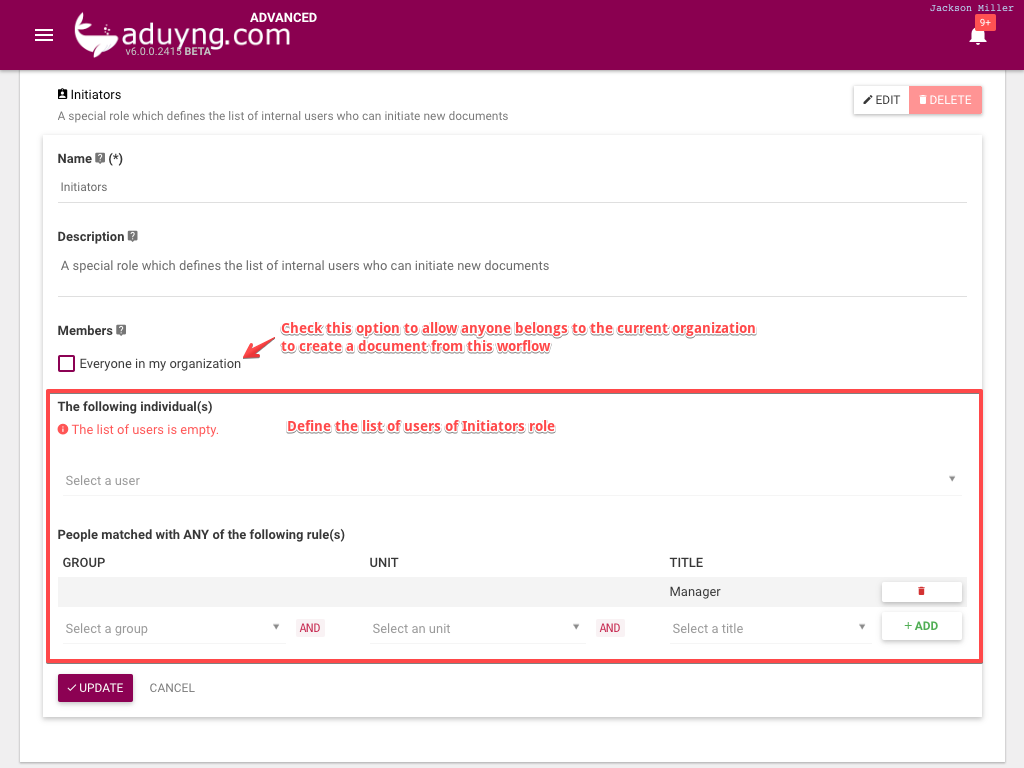 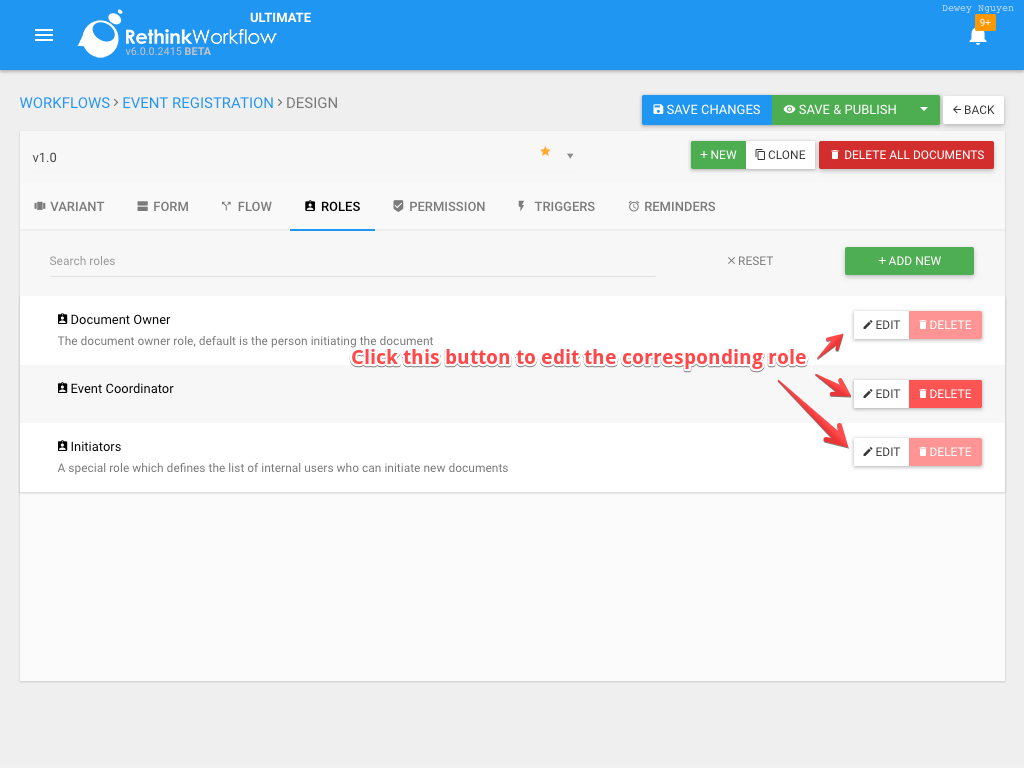 On the edit panel displayed, you can configure Name, Description, and Members belong to this role: 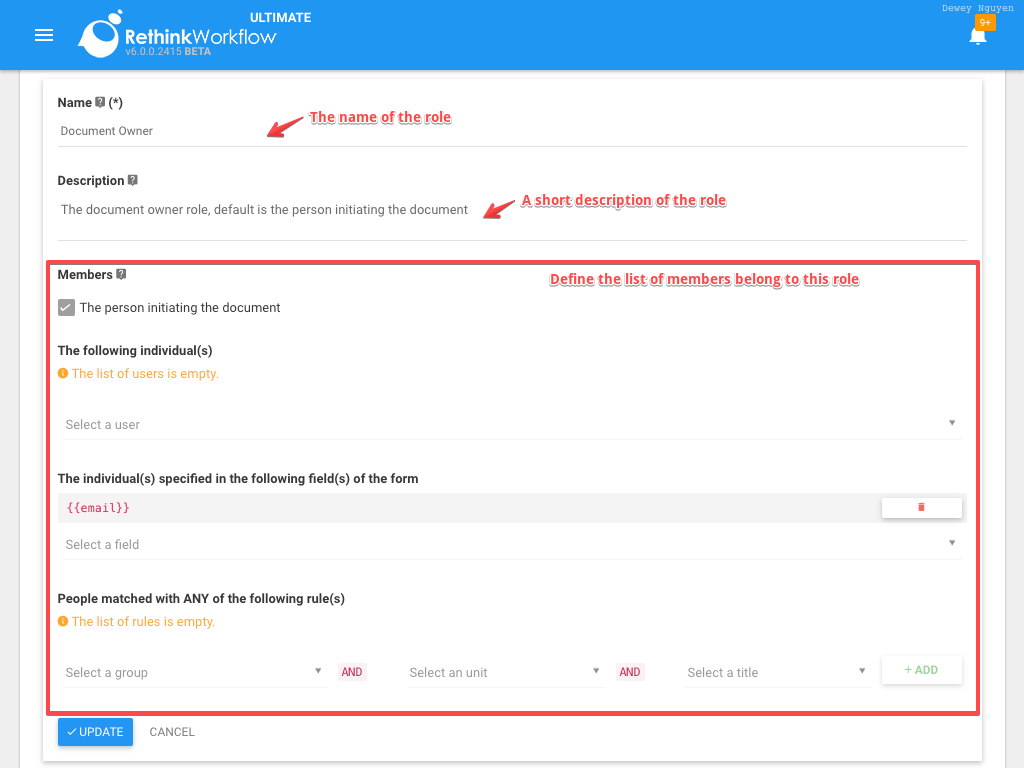 The screenshot below explains how to configure the list of members: 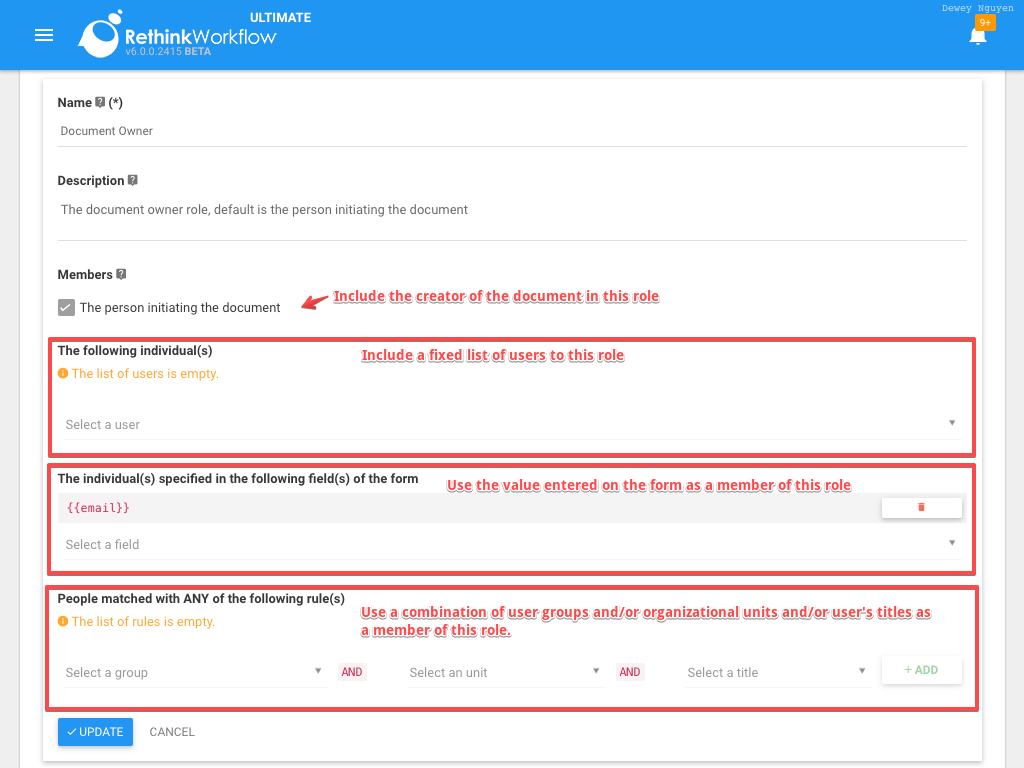 One of the unique features of Rethink Workflow is an ability to use the value of an Email, or User Dropdown field as a member of a role.
There are many use-cases in which this feature is particularly useful, for example:
The following video demonstrates how to use a field value as a member of a role: